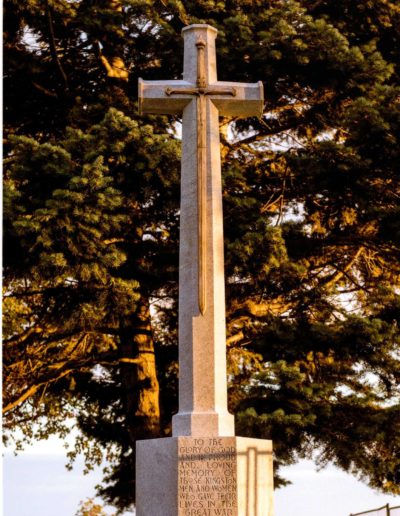 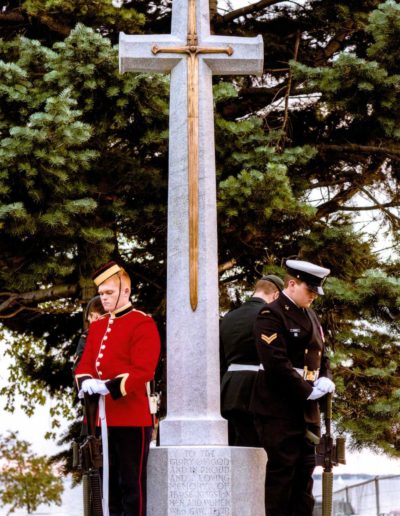 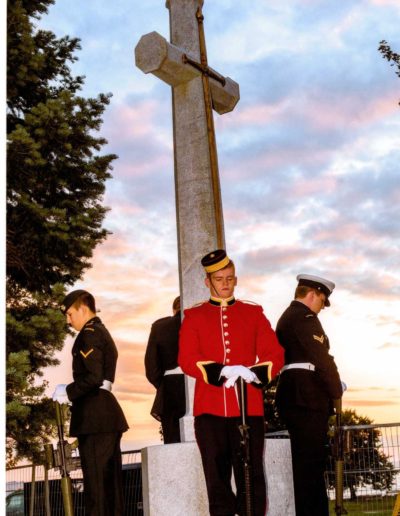 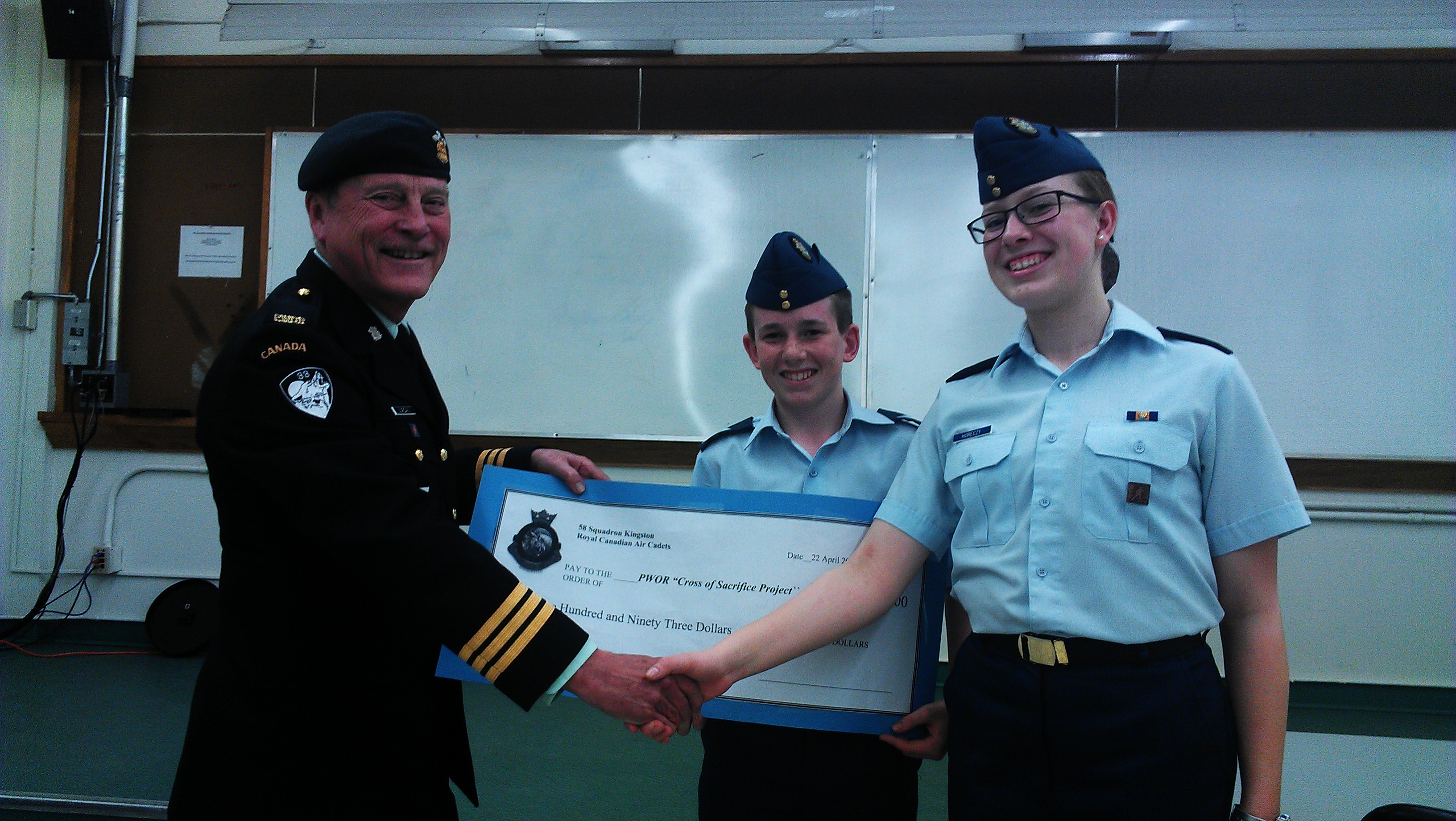 On April 12, 2014, cadets of the 58 Air Cadet Squadron took to the streets of CFB Kingston to raise money for the Cross of Sacrifice Restoration Project.  In a pledged walk of 7 km through the Base, cadets raised almost $1,200.  The $593.00 donation to the Cross of Sacrifice Restoration Project represents half of the total amount raised.  The cadet annual Walk-a-thon is fundraiser that splits monies raised between their home unit and a community project.  This meets program requirements for the Cadets of physical fitness and community service.  Most importantly, they have fun while helping out a worthwhile cause.