On October 19 1914, authority was granted to organize the 21st Infantry Battalion CEF. Lieut/Col (later Brig-Gen) William St Pierre Hughes, a member of the distinguished military family, and Commanding Officer of the PWOR, was appointed to command. It was to be absorbed into the second Canadian contingent for overseas service. Personnel was to be from Eastern Ontario, including Ottawa, Kingston, Belleville, Picton, Cobourg, Brockville, Lanark, Perth, Smith’s Falls, Carleton Place, Almont, Arnprior, Renfrew, Pembroke, Lindsay, Port Hope, Bowmanville, Trenton, Prescott, Peterboro, and Cornwall. From these districts the number of volunteers exceeded the establishment by hundreds. On the 3rd of November the drafts arrived at Kingston, the Battalion’s headquarters.

Many officers and men from the PWOR joined their Commanding Officer in the new battalion.

The unit was first organized on the eight single company basis, lettering from “A” to “H”. Headquarters was established at the Armouries with the right half Battalion accommodated in the renovated Royal Canadian Horse Artillery stables, in the adjacent Artillery Park. The large cereal mill on the water front at the foot of Gore Street was converted into a barracks for the left half Battalion. A few weeks later the formation was re-organized on the four double-company basis.

Training was carried out through the winter and into the spring of 1915. On May 5, 1915 the Battalion left Kingston for Montreal by train. On arrival in Montreal the following day, they proceeded directly to the docks where they embarked on the Troopship Metagama.

They disembarked in Devonport England and proceeded to the West Sandling Camp, near Hythe, Kent. Here they continued their training and toughening up process. They sailed for France from Folkestone on September 15, 1915 aboard the steamer St. Seiriol.

The battalion arrived in Boulogne about nine o’clock, and it was with a distinct thrill that they first set foot on French soil. It was remarked that the 21st Battalion had been the first to cross the channel in daylight. Little time was lost in disembarking and forming up on the docks.

The 21st, headed by the pipe band, which, in honour of the occasion, accomplished “La Marsilisse” and bugle band playing French airs, marching through the streets of Boulogne. Following the route over which, so many months before, had passed the “contemptible little army” which had saved France from the Huns and so upset the plans of Kaiser Bill, they were cheered on their way by French soldiers and civilians.

At a rest camp just outside the city, all were glad to throw off their heavy packs and enjoy a well earned rest. The French, in hundreds visited the camp, and the inevitable small boy who, be he French, English or Canadian, must always be on hand when anything out of the ordinary is going on, quickly made friends with the men from Canada. Time after time the camp was cleared by Military Police and Picquets, but the youngsters only reappeared in larger numbers.

The battalion rested during the afternoon and at eight o’clock that night, fell in and marched to the station where they entrained for St Omer. That ride would not be forgotten by members of the old 21st Battalion. Cattle trucks had been fitted up for the transportation of troops and in them, the men piled, forty to a car. At St Omer, at about 2:00 AM, the battalion was joined by the Transport and Details sections under Major Bennett who had come from Havre.

Then commenced the long march to the trenches. It was surely a test of physical fitness and determination for these men. Many of them wore Canadian boots, which were unsuitable for the hard cobbled roads of France. Their packs were full as each man carried his full compliment of kit and ammunition. Only those who have carried a sixty pound pack, rifle, equipment, ammunition, water bottle, haversack, smoke helmet and the various other parts of a soldier’s equipment, along the cobblestone roads of France under a broiling September sun, can understand what this march meant. Halts were made ten minutes to every hour. They threw themselves down by the roadside eager for the few minutes respite. Packs sat heavily on their backs, and like the “Little old man of the sea” seemed to grow heavier at each mile. Feet were blistered and sore, perspiration almost blinded them, but their spirits never flagged. They were on their way to the trenches. After months of training, they were at least nearing the goal of their ambition. They were happy, and though it sometimes cost an effort, they joked and sang as they covered the weary miles. At night they halted in the fields and the barns along the route, and it is safe to say they needed no lullaby to send them to sleep. That the months of hard training in Canada and England had not been in vain was shown on this march, the first of the many which the 21st Battalion was to make in France and Belgium. Their splendid physical condition told, and though the end of each day found them tired, it also brought them nearer the front line. All were anxious to get into the big game.

Departing St Omer, the battalion marched all night, making its first halt at Renesure at 7.00 am. Cookers, the gift of patriotic friends of the 21st Battalion, accompanied the unit and were never more appreciated then when breakfast was served from them in a large field along the way. After a rest of several hours, they fell in at 11.00 am and continued on, reaching Eecke, at 6.00 pm.

The following day, the battalion was inspected by Major-General Alderson, General Officer Commanding Canadians in France. General Alderson addressed a few remarks to the battalion in which he complimented them on their fine appearance, spoke of the high standard which had been maintained by the Canadians and expressed his confidence in both officers and men of the battalion. A rumour had spread that the 21st Battalion would not go into the trenches for a week of two, but this was discredited by General Alderson, who informed the battalion they would go into the firing line immediately. This news was received with cheers and was the sole topic of conversation in billets that night.

On September 18th Lieutenant-Colonel Hughes, accompanied by Major EW Jones, Major TF Elmitt, Major SW Gray, Captain F Scott, Captain AH Stroud, Lieutenant FD Raymond and Lieutenant HW Cooper as well as Battalion Sergeant-Major Gilbert and a number of NCOs left billets at 6.00 am and proceeded to the trenches which the battalion was to take over. The battalion under command of Major CC Bennett started early in the morning on the last lap of the journey to the trenches.

As part of the 4th Canadian Infantry Brigade, the 21st Battalion served with distinction until the end of the war. They earned several Battle Honours with which to emblazon their Colours. Sadly, many heroes paid the supreme sacrifice and remain in Flanders Fields. 1,013 men left Kingston in May of 1915 with the Battalion, but when they marched into Germany as part of the occupying force at war’s end, only 103 of those originals remained.

On May 24, 1919, the 21st Battalion was demobilized in Kingston and the men discharged from the CEF. A dinner was held that evening in the Armouries for those men before they departed for their homes across Ontario.

An Association was formed from their numbers, and reunions were held annually until 1976 when their numbers dwindled to just a handful of surviving members.

The 21st Battalion is perpetuated in today’s military by the Princess of Wales’ Own Regiment, a Kingston Militia unit. Each year on Remembrance Day the Regiment parades to the 21st Battalion Memorial at Kingston’s City Park, to honour their memory.

The above is taken from the 21st Battalion’s Official Calendar and it’s War Diary.
Transcribed by Al Lloyd

For more about the 21st Battalion, visit http://21stbattalion.ca 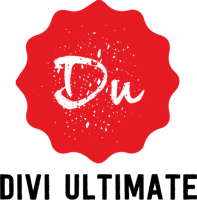 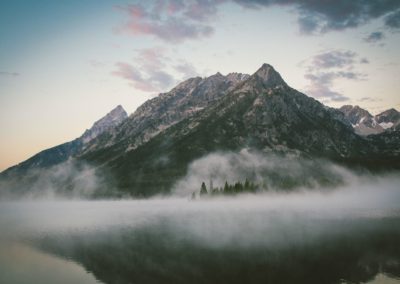 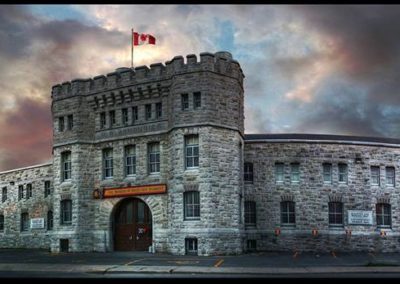