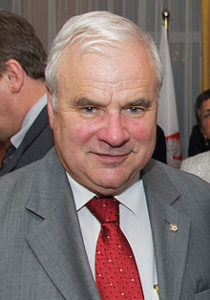 The Commanding Officer, Lieutenant-Colonel Steve Taylor, is pleased to announce that Honorary Lieutenant-Colonel Peter Milliken, the longest serving Speaker of the House of Commons in Canadian history, has been appointed by the Minister of National Defence to be the next Honorary Colonel of the Regiment for a three-year term, beginning 1 January 2020.